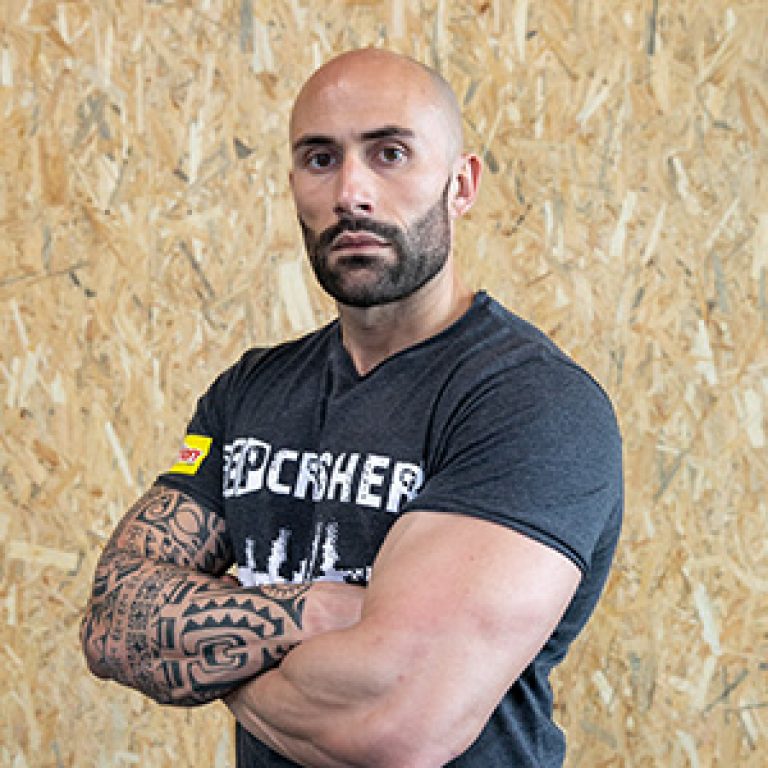 I have always been a sportsman, but the real turning point was when I first entered the weightlifting room: The passion for cast iron involved me so much that it became not only a motivation to be fit but a real lifestyle.

As an athlete I began to understand the importance of spreading wellness as a discipline, I started to read and study. And I became interested in solutions and ways of teaching others how to feel good through sport. Immediately I noticed very good feedback: people were enthusiastic about my approach to discipline. It was at this point that I achieved my first certification as a bodybuilding and fitness instructor of 1 year. CSEN level in 2009.

Convinced that this was the path to pursue, I then decided to complete that training a year later, in 2010, achieving the 2 the level of bodybuilding and fitness instructor, in the same year I also certify myself as a Personal Trainer CSEN, improving my skills and knowledge even more.

By word of mouth, I went from collaborating with a single structure to 3 in a few months.

In 2011 I entered the functional movement circuit, appreciating its benefits, so much that in addition to practising it, I decided to certify myself as a kettlebell CSEN instructor. From there to Crossfit the step was short!

In 2012 I participated in my first CrossFit competition (Crossfit for Emilia) one of the most beautiful experiences I had as an athlete. This was the first of a long series of competitions, increasingly competitive and satisfying, so much that I'm still in full activity as a Competitor. Over time I learned that good practice is nothing without a good studying, therefore in 2013, I achieved the Crossfit Level 1 instructor certification.

Among the various movements, which are part of CrossFit, a lot of space is reserved for the Olympic movements of weightlifting ( Strappo and Slancio). I particularly care about thin one so I decided to deepen this area too, taking private lessons from a federal technician FIPE, entering the competition circuit and certifying myself as a Personal Trainer and FIPE first-level technician in 2016.

During my professional and personal career as an athlete and instructor, I realized that to be a winning sportsman, good nutrition, a correct lifestyle and training aimed at results are essential. What’s the use of having a Ferrari if you don’t fuel it with the right fuel? You’ll never be able to run as fast as you want!

Curiosity: Organizer of one of the most important team race in Italy "bullsgame". Founder of the dtmethod

Find out more about the cerifications